Aleksander Czolowski (1865-1944) – Polish ethnographer, archivist and director of the Historical Museum in Lviv.

While collecting information for the publication of the history of Kalush town and area, he sent out questionnaires to each place from this region. The answers received concern the local population. We believe that this is valuable information that enriches knowledge about our ancestors. 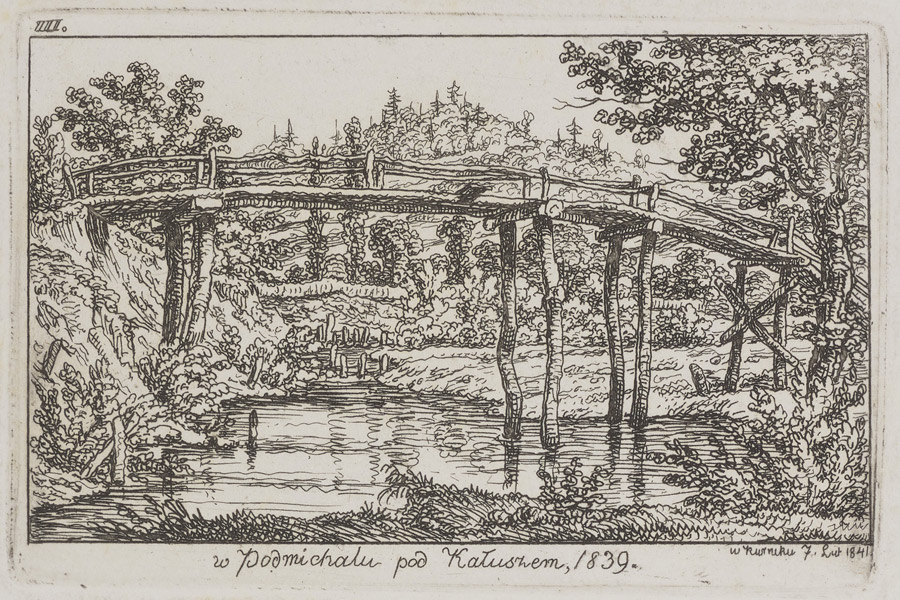 The village of Podmichale is situated between two rivers, from the north surrounded by the Lomnica river and from the south by the Bereznica river. Behind the Bereznica there are hills called „Werchowyna” by the local people. In the municipality of Podmichale are living 2,500 people and the length of the village is 6 kilometers. The location of the village is on the very low level [to the water], because during the flood the village is flooded by rivers. The Lomnica river has changed several hundred hectares of land into the area covered with mud and sand. As a result the price of land increased. The price of 1 morga [about 2 acres]  is up to 100 Rhine Guilders.

200 years ago, at the mountain of the so-called „stary cmentarz” (old cementery) was the monastery of the Basilian monks with the church dedicated to Saint Michael. It gave name to the village Podmichale

3. Description of the Church and its monuments.When it was founded, built and consecrated, where it is located ?

6. Do you have any information about historical events, such as Tatar attacks, battles, robberies, thugs and so on ?.

Men’s everyday clothes are trousers made of white linen and a “weretianka”  [name of the linen shirt]. During winter, a short sheepskin coat. Festive outfit in summer is a stitched caftan – called “spencer”. Long sheepskin coat is worn during winter holidays.

Women and girls. Their dress is black skirt with grey dots and flowers, “weretianka” (shirt) made from linen.  Festive outfit is a colorful skirt, a white apron and a jacket embroidered with ribbons. Women and girls wear red headscarves. White wrapped headscarf called „rańtuch” go out of use. During winter, women wear coats lined with white sheepskin

14. How many people were deceased and new born in the village in 1892?