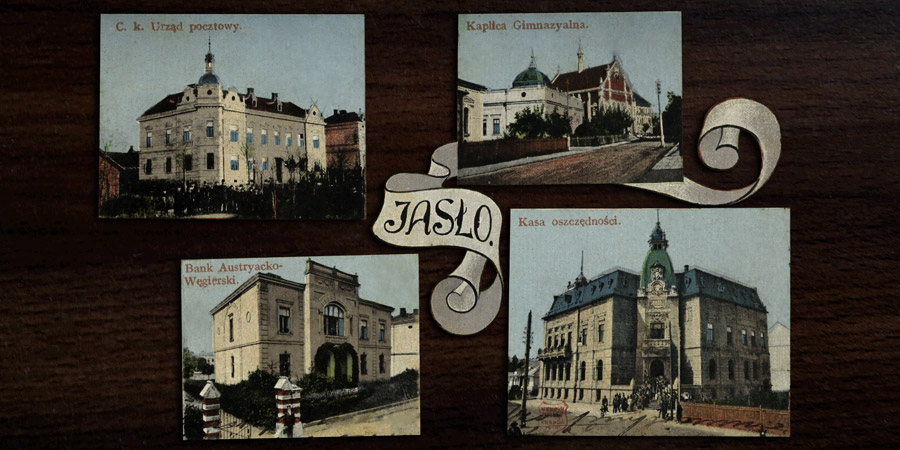 The Ruthenians call themselves “Kurtace” or “Czuhonce” – this is from a short dress and from the top dress, a coat they call “Czuhonia”. The dialect of this people is distinguished by the use of the word “Lem”, which means “only”. That is why others call them – “Lemko”, but they prefer the name “Rusnak”. They live in the villages of Desznica, Folusz, Grab, Halbow, Jaworze, Kotan, Krempna, Ozenna, Pielgrzymka, Rostajne, Swiatkowa Mala, Swiatkowa Wielka, Swierzowa, Wola Cieklinska, Wyszowatka and Zydowskie. There are two ruthenian villages in the northern part of the county – Oparowka and Pietrusza Wola. They are inhabited by Ruthenians called by ruthenian scientists as “Zamieszance” (“Mixed” – in the sense of mixed ethnos).

The Poles are partly natives, partly German settlers. All villages founded by the Benedictines and Cistercians should be considered as German settlements. The Polish peasants are mostly of medium height, with a short and thick neck. Their faces are round, brown-haired. Their eyes are brown or blue. Men wear short-cut hair (with a small exception). The elderly usually shave their mustache, while young men grow them. Growing a beard is quite rare. It is already more common to have sideburns. In terms of character, they are usually sanguine. They quickly gain the willingness, but they also lost enthusiasm quickly. They are cheerful, sometimes reckless, often sin with a lack of perseverance and prudence. But on the other hand, even in their sad moments, they maintain admirable behavior that they do not give in to despair. They are impulsive and quick, open to other people, but haughty also. They hate offense and humiliation. They are easy to altercation, but also willing to reconcile. As soldiers, they are brave and attached to their commanders. They are extremely attached to their homeland, and therefore consider it their greatest duty to preserve their property in its entirety. For this reason, there are often lawsuits for violation of the property. “The children would cry” – says the child father when someone advises him not to start a lawsuit, sometimes only for a few yards of land. In the last two decades the emigration movement to America has begun. This movement has not stopped, but continues to grow. Before that, they had emigrated to neighboring Hungary – mostly men and young men, rarely girls. Emigrants send or bring the earned money and use it to pay debts, build houses or buy land. Young men marry in America, usually with girls from the same village or parish. Some of them, because of the money they earn and the freedoms they didn’t have at home, get drunk and forget about their responsibilities to their families.

The Ruthenians are mostly of medium height and slim. Their hair color is brown and dark. Women are natural blonde and brown-haired. Eyes in men and women are often bright, i.e. grey or green, but also darker, i.e. brown. The face shape of the Lemkos is longer, although it can also be oval, rarely round. Properly shaved, without facial hair. Women’s faces are mostly round. Men’s noses are usually straight, although they happen to be more or less curly. Most often such noses can be seen in women. The facial expression is calm, mild, somehow apathetic. The Ruthenians are slow and sweet-natured, they are more cautious in their life, more persistent, and even in the most difficult moments of life they remain calm. Despite their innate kindness and even cordiality, they become unforgiving if they are irritated – even when they’re ready to commit a crime. As soldiers they can be brave and persistent. The emigration movement among them has been initiated since 1881. The Ruthenians are engaged in agriculture, rearing cattle and sheep. In spring they buy cattle in Hungary, especially oxen, which graze during the summer and then sell them profitably.