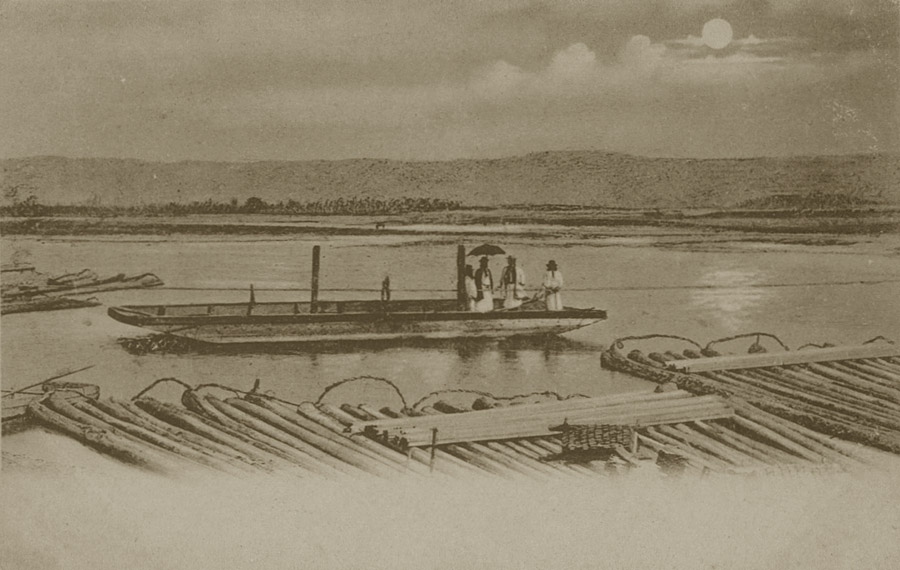 Aleksander Czolowski (1865-1944) – Polish ethnographer, archivist and director of the Historical Museum in Lviv.

While collecting information for the publication of the history of Kalush town and area, he sent out questionnaires to each place from this region. The answers received concern the local population. We believe that this is valuable information that enriches knowledge about our ancestors.

Two miles southeast (correction: southwest) of Kalusz town, at the foothills of the Carpathian mountains, along the Lomnica river, on its right side is a small village called Berlohy. A village with up to 1000 people. House buildings are quite densely set up, it seems to be a small settlement. Going by train from Stryj town to Kalusz town – it disappears very quickly from the eyes of the viewer, although it is located not far from the railway line 0.5 km. Formerly, the village was closer to the Lomnica River. Today the village is located more on the hills, because the river in the spring damages and forced the farmers to settle further from the river.

The legend says that in the past there was no village in this foothills, but only forest. Today, the place where the center of the village is located and a natural water intake – it was not accessible to humans, only for a wild animal that came to the water intake leaving a den (Barłóg in Polish language commonly means untidy bedding). That’s where the name BERLOHY comes from.

3. Description of the Church and its monuments. When it was founded, built and consecrated, where it is located ?

Wooden Church moved in 1789 year from Podmonasterze village, from Basilian monks possession. The paintings and other things from monastery preserved to this day.  –[an illegible fragment]–  The date of sacrifice is unknown. The Church is located westwards.

6. Do you have any information about historical events, such as Tatar attacks, battles, robberies, thugs and so on ?

Men usually walk in clogs. Shoes are worn only when they go to church during holidays. The poorer people are using one pair of shoes for the whole family, when one person wears shoes, the rest of family stay at home.  Pants and shirt are always fastened with a thin strap. Vest and jacket put on it. The hat is usually straw, self-made. Such hat is rarely bought, only wealthy buy it. Such a dress for farm work and as casual dress in house area. On holidays and on Sundays, wealthier people wear sheepskins, poorer “sieraczki” (peasant coats). Characteristic for the women is “Rańtuch”, wrapped on the head during holidays. Girls are usually the most modest, but they are the most natty too. Children under the age of six are warming themselves from the oven, dressed in one shirt, sometimes tied at the waist.

The belief in superstitions is characteristic of almost everyone. They visit so-called “witches” who are very much in the village and surrounding area. Special customs at christenings, funerals, weddings and during the holidays – just like everywhere.

Generally nothing. The harvest isn’t good enough. Cattle are bred in business with Jews from Kamien village and Kalusz town. This is not a good deal for them, because if there is no grass for animal, they sell the animal to a Jew at a very low price (“like for free”) or they lend hay and money for high rates.

Very rarely, a few men leave the village with fruits. They sold them behind the Dniester river and return with grains.

Polled livestock aren’t popular. The most important thing they have earn income from eggs. They pay all household expenses from this income. They also keep one animal for sale.

Many people from Berlohy go to work as a servant to wealthier localities in the area, such as Nowica, Kalusz town, Swarczow, and even Tuzylow and Dolhe. The servant earns for clothing and gives the money to parents for expenses during the winter period.

There is no income here. From Pentecost (the Christian holiday) to autumn – up to 350 people from the local population go to work behind the Dniester river. They return to home with complaints. Up to 30 men are engaged in floating wood from the mountains to Halicz town. This work is difficult and dangerous.

14. How many people were deceased and new born in the village in 1892?